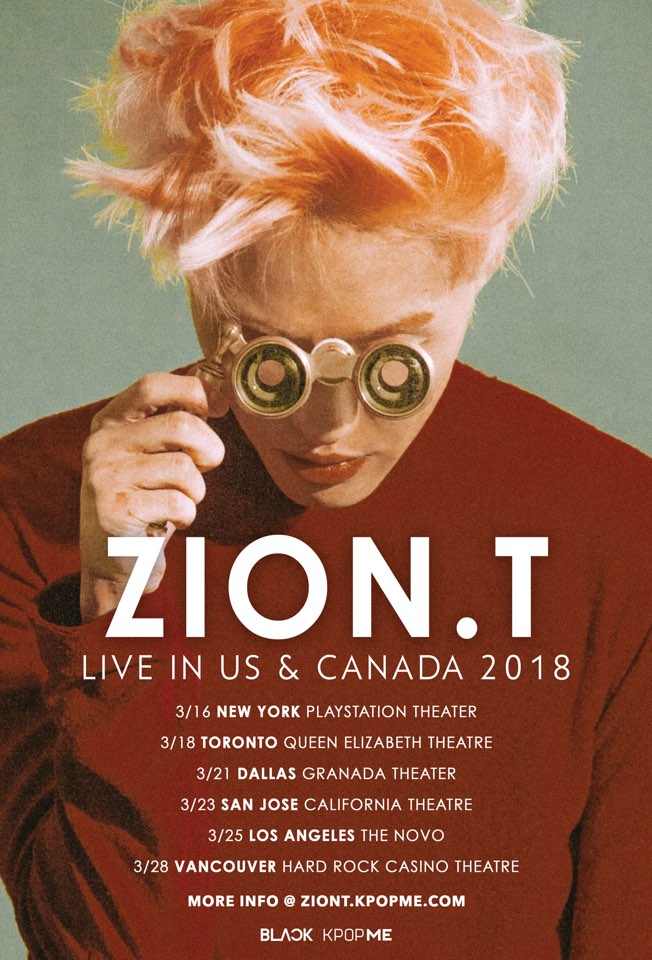 Zion.T, one of the biggest names in South Korean hip hop and R&B, is taking North America by storm in March of 2018. The award-winning Show Me The Money 5 judge has dropped two full studio albums, made Billboard news, and forged a name for himself as a collaborator with major artists like Dynamic Duo, SHINee’s Jonghyun, Big Bang’s G-Dragon, and Block B’s Zico.

Helping to shape the K-hip hop and R&B scene since April 29, 2011 when he dropped his first single, “Click Me,” Zion.T has been a solid presence in Korea and internationally, consistently charting and successfully selling singles and albums due to his relatable nature and music and unique performance style. The songwriter has penned over 60 songs, 11 of which have become hits including “Yanghwa Bridge.” The track is special because not only was it written in 30 minutes, but it was like a letter to his family.

The international scene has seen him on its stages before, but now he’ll be hitting six cities in two countries. So get ready K-pop, K-hip hop, and K-R&B music fans, you now have the chance to see this amazing artist in person. 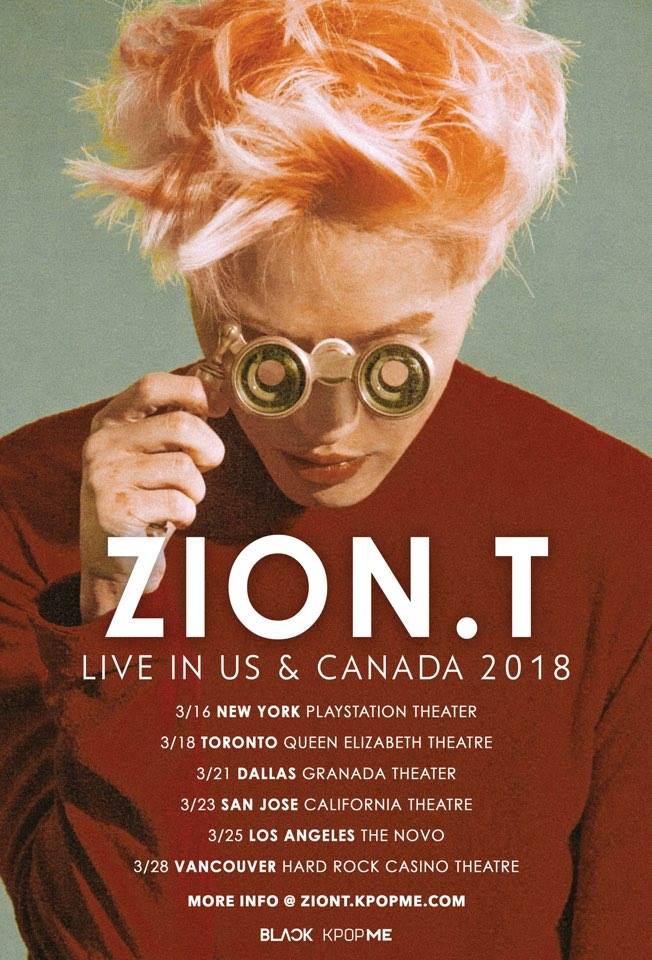