Pop phenomena, Tiffany Young, has announced the release of her highly anticipated single and music video for“Teach You.” This single effortlessly paints a vivid movie-like picture with its lyrics, and the video brings that cinematic vision to life.

“It’s a theatrical piece where I was able to bring different versions of myself to all the sections of the song,” – Tiffany

The video reached nearly 500,000 views within the first 10 hours of its release, landing the single at #2 on the iTunes K-Pop chart.

Co-written by Tiffany, “Teach You” is filled with self awareness when dealing with toxic relationships.

“It’s all about noticing the wrong signs in a relationship and letting the ladies know it’s okay to stand up for yourself. ‘If you mess with me you’ll get hurt,’ that lyric embodies the song as a whole. It’s a fun song with a deeper meaning; don’t be pushed around, don’t be fooled, you should know better as a woman to teach a man that he needs to treat you right!” – Tiffany

The video for “Teach You” is an ode to Tiffany’s Korean-American roots, showcasing the creativity and artistry she’s admired and soaked in over the years growing up in the Korean entertainment industry. “It really is my own little Korean Drama” said Tiffany. “It goes back to what I love about K-Pop and Korean films; intricate set design, aesthetically pleasing color schemes, plot twists and the fact that I was able to have my friends on board for the shoot made it even more special for me.” Tiffany was able to put her acting skills to use during the filming of this video, and even changed our outward appearance, by cutting her hair, to fully take on this role; “In a previous interview I mentioned that I wouldn’t hesitate to cut my hair for the right role or the right song. It’s a commitment for a woman to change her hair; and it usually coincides with a change of heart or when something new is going on in their life.”

Tiffany Young has always been inspired by the likes of Park Chan Wook (Lady Vengeance, The Handmaiden, Snowpiercer) and Bong Joon Ho (Okja, Snowpiercer, The Host), with their colorful storytelling and unexpected plot twists. She was able to turn those inspirations into reality while working with Director VM, who has created the best visuals in Korean Music and Fashion Editorial. Tiffany and VM’s combined creativity seamlessly pieced together the romantic, and dark, visions that she was hoping to achieve aesthetically and visually.

“He’s a scientist, a genius! Anyone who works with him says he creates something unbelievably amazing. That’s definitely why I wanted to work with him again, I’ve worked with him on my earlier solo releases, but it’s been 3 years and he’s gotten so many cool things under his belt since. I admire his artistry and was really wanting to experience that creative process with him again to fully capture the crazy aesthetic, dark undertones, beautiful set design and set angles that I had envisioned. He even used film photography throughout the whole shoot, nothing digital!” – Tiffany

Along with Girls’ Generation members Hyoyeon and Sooyoung, Tiffany had the honor of bringing Hyuk Soo Kwun on board to play her love interest, whom she worked with for one of the most viral skits when hosting SNL Korea.Tiffany shared; “I love that I can bring different artists into it and introduce another actor to America. Being from America myself, hosting SNL Korea was a huge deal for me, and I remember explaining those feelings to Hyuk Soo Kwun at the time. It’s been an honor for him to take time out of his busy schedule to play a role in my own little “rom com.” 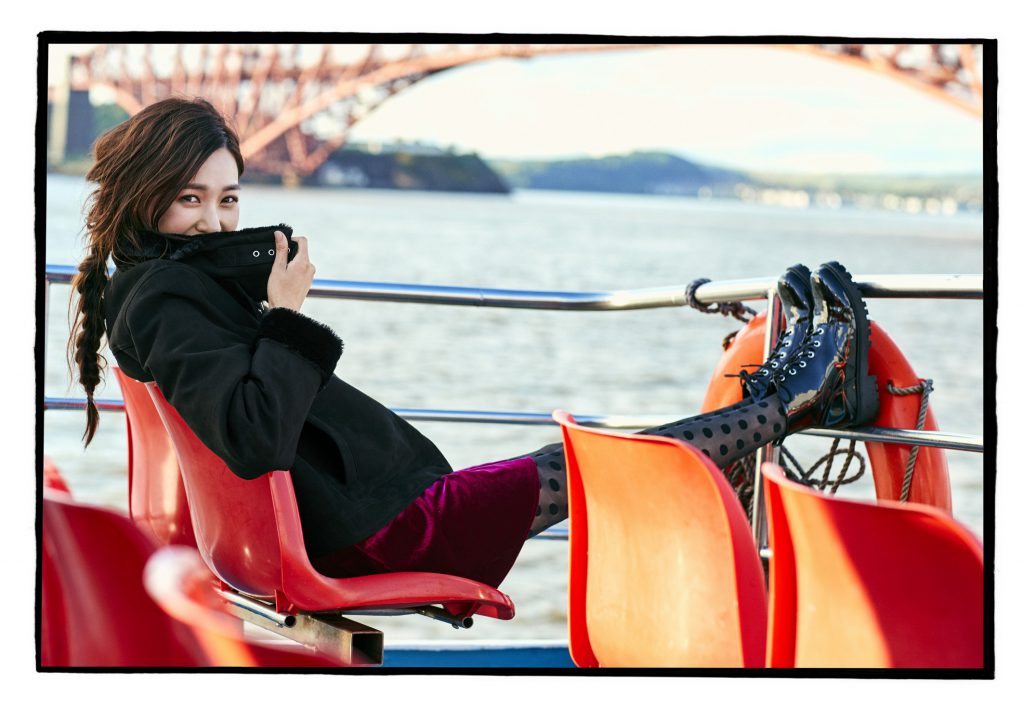 Earlier this month, Tiffany was crowned the face of H&M’s WorldwideAutumn 2018 Divided Music Campaign, which will coincide with the release of “Teach You.” Tiffany will be performing “Teach You” for the first time at the H&M located in Hollywood on 10/3. Want to meet her? RSVP to H&M’s event page here.

[GALLERY] ZION.T at 88Rising's "Head in The Clouds" LA Festival