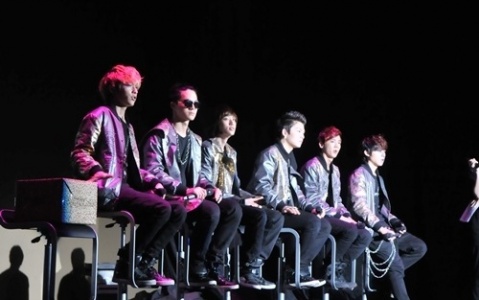 Recently, Teen Top visited Taiwan for their first international fan meeting. As we reported earlier, the title of the fan meeting was “2012 Teen Top Crazy Fan Meeting” and was held on March 11. Before the official fan meeting Teen Top held a mini press conference at the airport.

However, what we did not know is that Teen Top’s arrival caused several car accidents! According to Teen Top’s agency, while the group was heading towards their fan meeting, nearly 20 taxis followed them. Some of these cars ran into each other because of the rain.

Teen Top’s agency stated, “Luckily, the accidents were not serious and did not cause any injuries. Teen Top made sure that the fans were safe before heading to the fan meeting.

The fan meeting overall was a success with 2,000 fans attending the event. Currently, Teen Top is considering fan meetings in other Asian countries and possibly European ones as well.