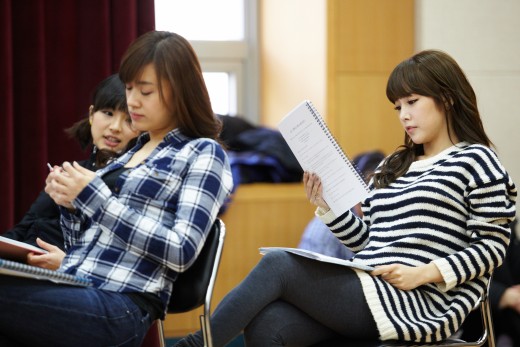 T-ara’s Ji Yeon and Soyeon were pictured recently practising for a musical.

The musical Our Youth Roly Poly, will feature T-ara’s Ji Yeon, Soyeon, and Hyomin and Davichi’s Kang Min Kyung. Performances are due to start in January 2012.

Our Youth Roly Poly is set in the 1980’s and is about high school girls’ oppositions and love. The musical concept is based on T-ara’s hit song “Roly Poly”. 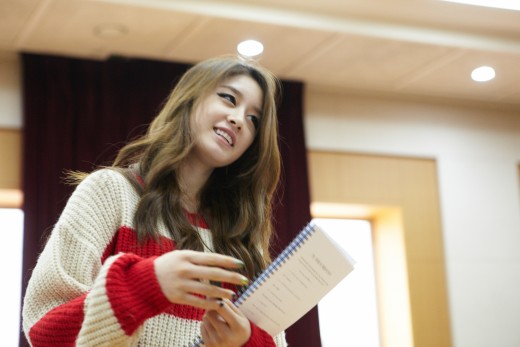 The actors for the musical are putting in a lot of hours to make the audience dance along with the songs, such as
Actors are practicing hard for the musical to make the “Touch by Touch,” “Loco-Motion,” and “London Night”. All songs that were popular in the 80s.

The first performances will be on January 13 through February 25.

Secret’s Hyo Seong will try her best to attend awards