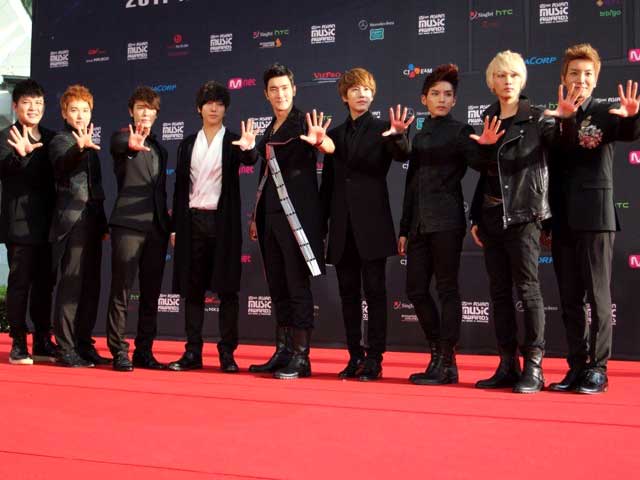 Super Junior have revealed that Chinese fans in China presented them with a 100 million won trophy.

During the variety show, Eunhyuk told the presenters that his most memorable gift was a golden trophy from the China fans.

Eunhyuk stated, “In 2010, we didn’t win the Golden Disk award. The China fans thus prepared this extravagant prize for us.”Guests were left stunned when the exact value of the trophy was told.

The China fans who gave the gift to Eunhyuk would also be pleased to know that the trophy is currently being stored in the safe storage, “We wanted to donate this gift to a worthy cause, but since the price of gold is expected to increase, we are quite hesitant,” causing a series of laughter from the guests.

Donghae also shared another example, showing the huge popularity of Super Junior in China. “While we were in China promoting ‘Bonamana’, a fan left a receipt for us, showing that they spend up to 140 million won buying Super Junior’s albums.

CNBLUE and FTISLAND plan to expand to UK in 2012