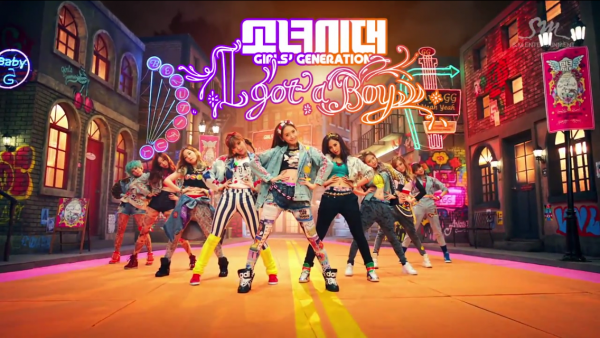 What a way to kick off the new year with the release SNSD’s “I Got A Boy” music video!

The full five minute video was released on January 1st, SNSD’s comeback date and album release. The girls traded their signature heels for sneakers as they perform powerful hip-hop choreography to the upbeat dance track.

“I Got A Boy” was produced by Shin Hyuk of Joomas Music Group. As previously reported, he is the mastermind behind not only SNSD’s comeback track, but also the upcoming tracks for SHINee’s and EXO’s comeback. Besides SM artists, Shin Hyuk has worked with other acts such as Teen Top (Supa Love,) Fiestar (We Don’t Stop,) and Justin Bieber (One Less Lonely Girl!)

What do you guys think?

SNSD Release 'I Got A Boy' Highlight Medley