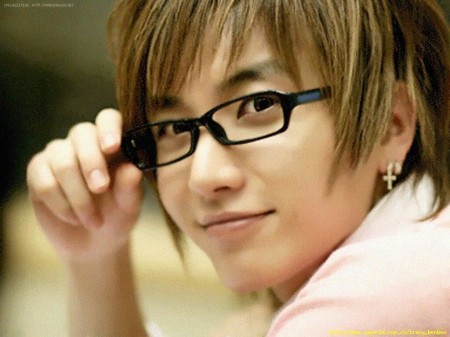 Kim Tae Hoon, a musical actor, talked about his trainee life in a recent interview. Before he embarked on his musical acting career he trained with SM Entertainment.

In this recent intervew he mentioned that he was a part of SUper Junior before their debut. Before they were 15 members, then as they launched into the mainstream market it became 13 members. Kim went on further in the interview to say that he resigned from SM because he felt more inclined towards musical acting.

As this news came out, Super Juniors Leeteuk stamped down these claims in the interview that Kim Tae Hoon gave. Leeteuk tweeted, “What that absurd article, that is saying we started with 15 members and reduced to 11 members only. There is a difference of being a trainee and then debuting as a group, Isn’t it impolite for someone who adhere to group momentarily and then saying he was a part of it! If you are talking like this then I would have the member of every group of my seniors.“

It seems that Leeteuk’s tweet has cleared up a lot of the mystery surrounding the revelations from Kim Tae Hoon as he may have been training with them but certainly was not a member of Super Junior.

What to you think about this topic? 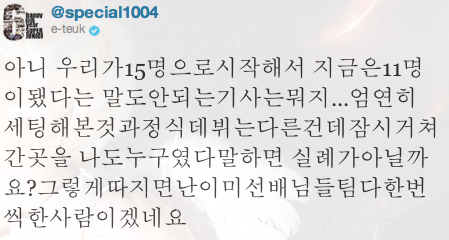