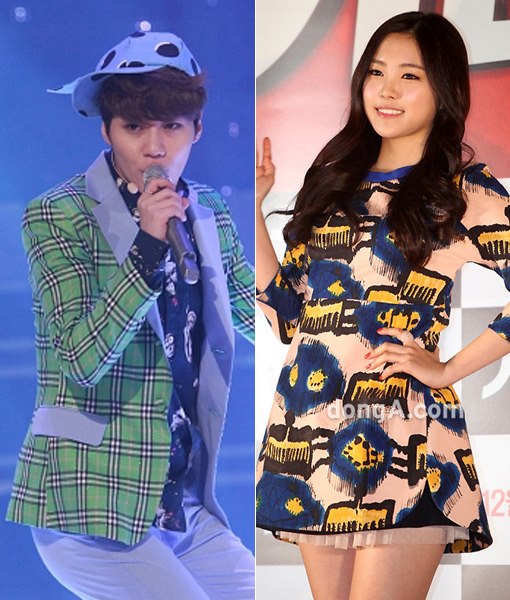 SHINee‘s Taemin and A-Pink‘s Naeun are to be the latest additions to the the fourth season of ‘We Got Married‘.

The two have been spotted filming for the show in Café Seoyeon’s House on Jeju Island. The cafe is most known for being featured in the K-Drama, “Architecture 101“.

Taemin and Naeun is the youngest couple to be featured on the show thus far. Taemin (1993) and Naeun (1994) will bring a refreshing charm to the show as the two have been known for their innocent charm. The two have also worked together as minor characters in K-Drama, “Salamander Guru“.

‘We Got Married‘ is a show in which celebrities are paired up as imaginary married couples. The show has been successful with their views due to idol-pairings such as Nichkun and Victoria and 2AM‘s Jokwon and Brown Eyed Girls‘ Gain.

Taemin and Naeun‘s segment is set to be released a week following ZE:A‘s Kwanghee and Secret‘s Sunhwa‘s final episode which is set to air on the 20th. Stay tuned!

SHINee to Promote "Why So Serious?: The Misconceptions of Me" Without Jonghyun

4minute Glow Brightly in New Concept for Their comeback