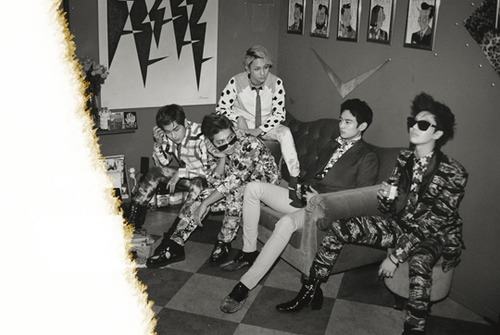 Following their success with their latest album, Chapter 1. Dream Girl – The Misconceptions of You, SHINee is set to release the second part this month.

Unfortunately, SHINee‘s lead vocalist Jonghyun will not be participating in the promotions. Earlier this month, Jonghyun had been involved in a car accident and suffered a nose fracture. Although he has just been discharged from the hospital, he will not participate in any promotions until he has fully recovered.

The remaining four members continue to work on their promotions and have recently wrapped up filming for their comeback music video, “Nightmare” in Beyond Museum.

G-Dragon and CL Meet With Scooter Braun in Seoul

SHINee's Taemin and A-Pink's Naeun to Join 'We Got Married'