Sending his first tweet roughly two hours ago and with the Twitter handle @realjonghyun90 it seems that the first of SHINee’s 5 boys has finally made a Twitter account! Having already a me2day account which they use to keep in touch with fans and upload selcas, a Twitter account allows Jonghyun to keep in touch with a wider variety of fans. So far, the only photo tweeted is not a selca, but will you be following this account to see if it really is Jonghyun?

Some eagle-eyed fans have noticed that the photo tweeted seems to show the same jeans as the one’s Jonghyun wore a few days ago when heading back to Korea from the Music Bank festival, though nothing has yet been officially confirmed. 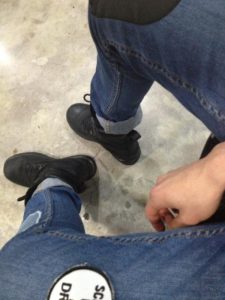