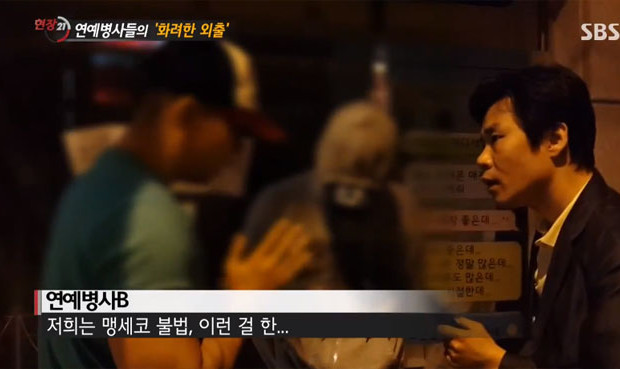 [ad#GA-468-tx-natmj]
Se7en, Sangchu and other military recruits have received their punishment. The Military of Defense has finally come to a decision, one that many fans have been waiting for, over the recent scandal involving celebrity recruits leaving the dorms without permission in civilian attire.

Se7en and Sangchu have been given a sentence of 10 days in Military Jail for leaving the military dorms without permission and without wearing their military uniform. Five celebrity recruits have been sentenced to 4 days in Military Jail for having and using their cell phones. And finally, the last solider will be on probation for 10 days for leaving the dorms to watch a movie after allowed hours.

The Ministry of Defense continued to state, “The two soldiers wanted to get a massage after their concert. They first went to a Chinese massage parlor and then a Thai massage parlor, but they were closed, so they then went to 2 massage parlors that were still open late at night. The two soldiers came out right away when they realized what kind of place it was. We decided that they were aiming to get a massage and had no intentions in taking a part in prostitution. We sentenced them to military jail because they broke the rules of not wearing the military uniform as well as leaving the dorms without permission.”

How do you feel about this decision?

Henry Shows Off His Beach Bod for 'CeCi'