SM Entertainment’s latest girl group Red Velvet have made their debut with “Happiness”.

Red Velvet use strikingly vivid colours in the video as they really push the jungle theme.

The girls that make up Red Velvet comprises of S.M.Rookies’ Seulgi, Irene, and Wendy, as well as Joy. All the girls have their own individual talents that make them stand out.

Seulgi joined the agency way back in 2007 through auditions. She can play the guitar and speak Japanese.

Irene joined in 2009 and specialises in rapping.

Wendy was discovered in Canada through SM Global Auditions in 2012. She can play a range of instruments; flute guitar and saxophone.

Joy came in through the same round of auditions as Wendy but was discovered in Seoul. 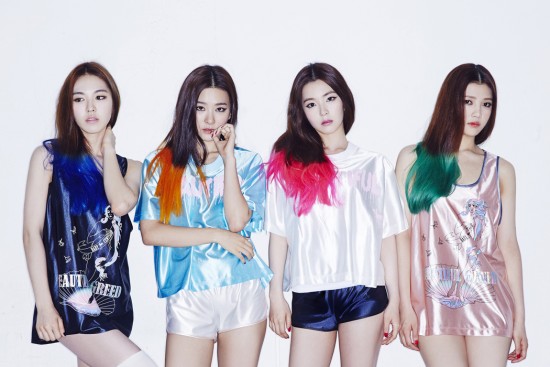 B.A.P Will Perform on MTV Sessions in September