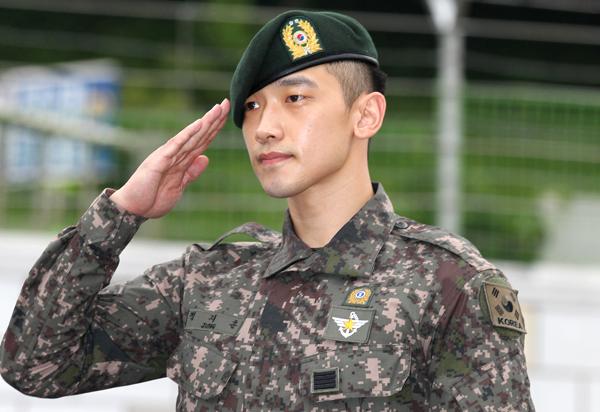 Rain, real name Jung Ji-hoon, has finally completed his military service to the delight of many fans. Around 800 fans gathered outside the camp gates to watch Rain be discharged after 21 months of service.

Most other Korean celebrities use this opportunity to re-connect with their fans, but Rain quickly rushed into a waiting car after saying a few short words.

“Thank you all for coming,” he said, “I’m always thankful and will strive to do my best.”

The soldiers had visited the parlour after performing at an event to mark the 63rd anniversary of the 1950-53 Korean War.

Rain military service has been dogged with many controversies over the 21 months.

We Got Married Global’s Heartwarming Finale