Following the worldwide success of Gangnam Style, PSY has been travelling all over the world to reach his fans, his most recent destination being the UK. A few days ago the musician gave a lecture at Oxford University, arriving at King’s Cross Station after visiting Paris. Yesterday, he also made an appearance on ITV’s Jonathan Ross Show, the last episode of this season. 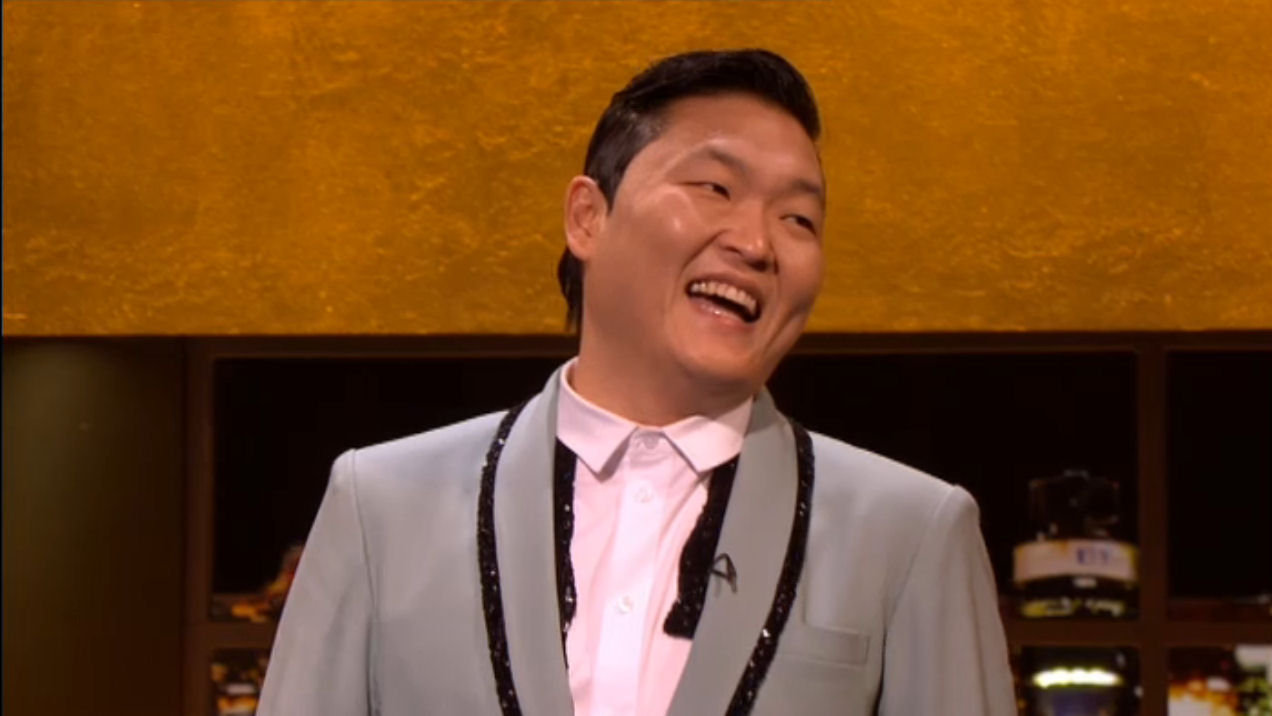 PSY was the last guest to make an appearance on the show, Damien Lewis, Danny Baker, and Katherine Jenkins going on prior to the Korean celebrity.

On his cut, PSY discusses how he feels about his song’s recent popularity, as many have already asked him about his success, adding “I cannot call this success, because this is called phenomenon, which means I don’t do anything, people do it, right?”. He went on to express worries over whether his next comeback would have the same popularity.

Jonathan Ross also joked about PSY’s ‘Horse Riding Dance’, asking “Did you audition other animal moves?”, to which PSY responded hilariously, explaining how he and his choreographers worked to think up the move. “We were so serious to find out that horse, so we were like sitting down, and we were very serious. ‘What should we do?’ And we literally tried every creature, not just a horse. We tried tiger, kangaroo, snake, falling leaves, sonamu (trees), everything.” PSY also spontaneously pointed out that Ross had beautiful eyes, earning much laughter from the audience.

Inevitably, Ross made an attempt to dance with Gangnam Style, and after his own, invites the other guests in the green room to follow suit. The guests comply happily, again evoking much laughter from the audience. Ross goes on to ask PSY about his next move, and he answers, “Let me give you a tip for my next move. It’s not gonna be an animal, it’s gonna be some sports move.” Ross’ humour strikes again as he puts forth guesses as to which sport, including tennis, boxing, dance, fishing, and pummel, the last suggestion to which PSY asks “What?” and Ross hilariously responds “Exactly.”

PSY then concluded his talk with Ross with a performance of Gangnam Style, which you can watch below:

What do you think of PSY’s appearance on the talk show?