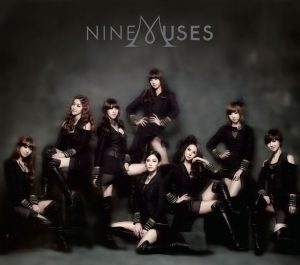 Reports from Korean media say that Nine Muses are ready to make their comeback in March.

Nine Muses have gained of a lot of promotion over the last month or so with various news of their comeback. They now don’t want to waste any time by releasing a new single as early as March.

With the final promotion of their single “News” produced by the Sweetune, the same person will be going on to produce their new single.

Nine Muses have worked hard even after their promotions have ended, where most other artists tend to lay low.

Are you eager to see Nine Muses new single!

Se7en won't love Park Han Byul when she gets old?