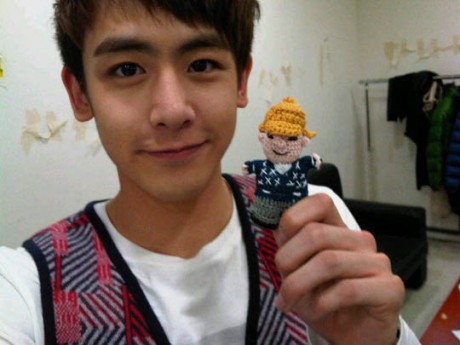 After the incident that involved 2PM’s Nichkhun and a motorcyclist, he has issued this public apology through his official Twitter.

I would like to write this letter of apology for such an irresponsible act. To the injured person, his family, the people of Korea, my fans, JYPE family and staffs, 2PM members, and all the people this situation has affected. I have betrayed the ones who have given me their love and support, the love and support I don’t deserve with such behavior. I feel the need to take some time off to re-think about my action and myself, to make myself a better person and never again repeat the same mistake. I am truly ashamed that I have disappointed so many, and I am deeply sorry.

The accident happened in the early hours on July 24. While Nichkhun was driving through Gangnam he drove into the rear of a motorcyclist.

When police were called to the scene, Nichkhun’s blood alcohol level was 0.056%, meaning that he could have his license suspended.

A police official from Gangnam’s police station said, “After measuring his alcohol content at the site [of the incident], it was concluded that [Nichkhun] was not severely intoxicated. Immediately after the accident, [Nichkhun] and the victim were investigated by the police.”
[ad#GA-468-tx-Minaz]

BEAST's 'It's Not Me' Dance Practice Video Unveiled