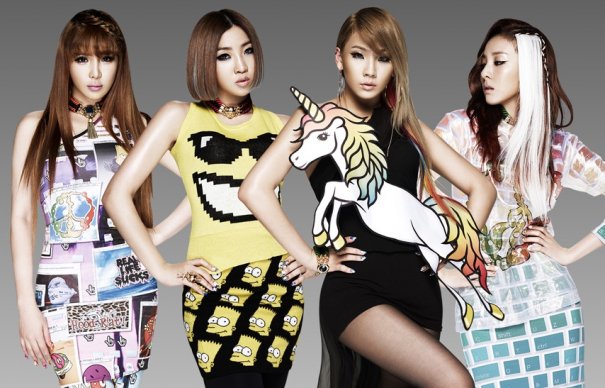 After a year of silence from 2NE1, plans for their comeback are finally revealed!
Due to their world tour last year, 2NE1 had to cancel plans for their new album, therefore they only released “I Love You”. YG then kept teasing fans and rumors were also going around of 2NE1’s comeback last year or this year, causing fans to go crazy.
But now it’s completely official!

YG CEO Yang Hyun Suk has finally given an update on 2NE1’s comeback!

On YGLIFE, there’s a section called “From YG” in which Yang Hyun Suk uses to personally give fans updates and news in the company.
This time, he posted about 2NE1, and what their comeback plans will be.

2NE1 will release their first comeback single in the early days of July. The title is “Falling in Love” and it will be in the style of Reggae.
We’ve only heard one Reggae song from 2NE1 which is “I Don’t Care-Reggae Ver”. We’ve also not had many love songs from 2NE1 either, so it seems that this will be a completely fresh track from them.

After the release of “Falling in Love”, a new track will be released once every month, so that will be at least 4 new tracks released by October! After the fourth track has been released, there are plans to showcase either a mini album or a full length album.
Yang Hyun Suk also revealed that 2NE1 will be working with overseas choreographers for this album-this also happened with To Anyone-also that he is planning for 2NE1 to have a tour after the album release.

In past interviews and updates 2NE1 have revealed that with a few exceptions, this album will have the same sort of sound you will expect from the girls. Upbeat and fierce.

The layout of the From YG post was in Q&A, but as soon as the question turned to “When is the new girl group of YG debuting?” He quickly replied with “To be continued…see you all tomorrow”