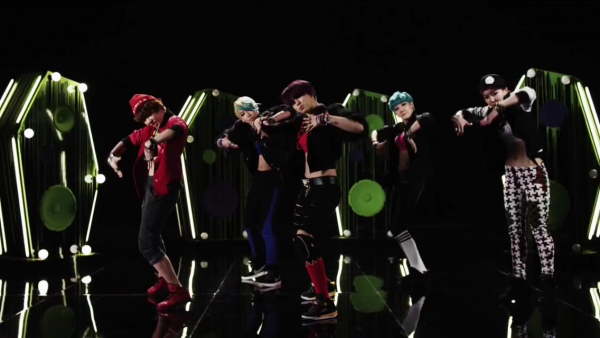 GI (Global Icon) had made their point clear that they would be unlike any other girl groups to date, and they have the video to prove it.

On April 3rd, GI made their much anticipated debut with the release of their first single, “BEATLES“. Rather than show a cute/sexy image like most girl groups, GI portrays a fierce image with their tomboy hairstyles and attire. In the music video, The girls are seen decked out in urban attire as they showcase their powerful dance moves and rapping/singing abilities, fitting for this hardcore hip-hop song.

GI, consisting of Ha Yun, One Ket, Eun Ji, Al, and A Ram, have set high expectations for their debut. The girls made headlines for their boy short haircuts and have stated that their debut single would be released in over 100 countries via Itunes. Their entertainment company, Simtong Entertainment, also proudly declared, “[GI‘s]going to be different from the cute and sexy girl groups that come out almost once every week with our music and style. You can look forward to them.”

K-Pop fans are already labeling GI as the most anticipated rookie group this year thus far. Some fans commented, “I haven’t seen so much fierceness since 2NE1.” and “They are definitely living up to their name. I can hear this playing in the U.S.!”

The digital single was released today, check it out on iTunes and check out the music video below! What do you guys think?