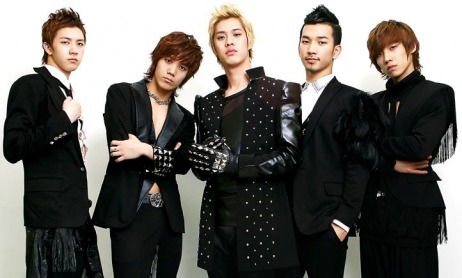 MBLAQ has been confirmed to be the next set of “parents” for the fifth season of KBS “Hello Baby.”

“Hello Baby” is a program where idols become the parents of a toddler and take care of them. SNSD, SHINee,T-ara, SISTAR and Super Junior’s Leeteuk have starred in the show in previous seasons. And all these parents have received a lot of attention by bringing humour and maturity into the show.

An official from Jtune Camp, MBLAQ’s agency, said in a statement “All of the MBLAQ members love children, so they decided to take part in this new season.” He added that “Members Mir and G.O. have previously shown their affection for children by interacting frequently with their nephews.” The official went on to say that viewers can look forward to seeing a special trait from each member.
A lot of their fans show excitement, as their previous programs eg. “Idol Army” and “Sesame Player” and many more, show that they are amazing entertainers that makes us laugh. So there are high hopes for A+’s.

“Hello Baby” season five will begin airing towards the end of January. Meanwhile, MBLAQ is currently getting ready for the release of their 4th mini album that will drop on January 10.