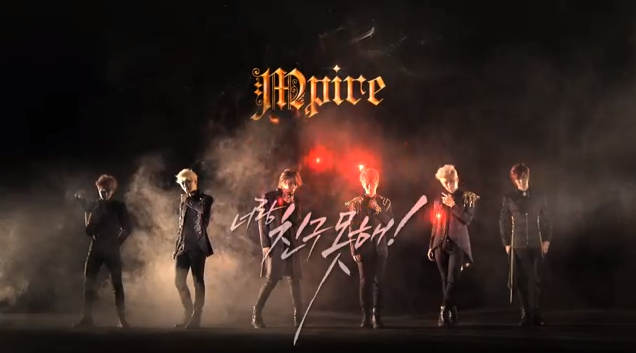 On October 27th, M.Pire’s official youtube channel introduced a teaser for their new song, “On My Mind.”

In the teaser, the song started off with soft vocals of Taehee and Lumin, a new member of M.Pire, and the rapper of the team, Useung, raised fans’ expectation with his sorrowful voice.

When the broadcast media announced that ‘On My Mind’ was composed by Jae-joong of JYJ, people’s interest on M.Pire increased even more. Fans of JYJ knew that Jae-joong has been really busy lately with preparation of his official first album ‘WWW’. However, he made spare time to help out M.Pire and even volunteered to join recording as a director.

CMG entertainment said, “After seeing many hits on their teaser and everyone’s interest on their new song, the members of M.Pire are really cheered up. Please give them a constant attention.”

M.Pire recently welcomed Lumin, a formal member of F.Cuz, as 7th member of the team and they will soon release all the songs of 2nd single album (expected release date, October 30th).