It’s been reported by numerous places, I actually heard on Facebook via friends first, that the Oxford Circus HMV is now stocking Kpop. Which is a giant leap in the right direction!! It’s a fairly limited selection right now, but any Kpop available on UK soil is a good thing in my opinion. ZaZaKu84 on Twitter has seen it in person, and even took photo’s on October 4th, apparently more was going to be added soon then, so hopefully they’ll be even more than this.

You can go to the HMV site and even spot Kpop in the Asian music – new releases section. I took some caps as evidence too.

There’s more than this though, so far it seems all of the below are available online, I don’t know about in store because I’m not lucky enough to live in London, so if anyone could check that’d be awesome XD. HMV seem to be pricing competitively too, undercutting Amazon, good news for Kpop fans in the UK.

Kind of odd there’s no BEAST or 4Minute, considering they’re actually coming to the UK lol. But Their albums did get sold at Korea Calling I spose. Damn that was fun… Hopefully more stuff like this will happen soon.

So keep your eyes for any more Kpop, even if you don’t live in London, the Hallyu Wave seems to be making a proper impact now, so Kpop might be appearing in HMV’s across the UK if we’re lucky. 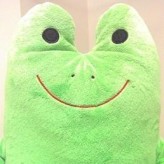