Week 10 of The Kpop Academy focused on the future of Kpop, guardian editor Edwina Musaka visited the KCC to give us her view and how she came to know about the world of Kpop. She went on to talk about the article she wrote: Bored of Simon Cowell? Try Kpop in which it demonstrates how she discovered Kpop and how it something different, she also spoke about the UK medias take on Kpop and if we think it will be successful in the western markets. Mix reviews were given back from the Kpop Academy students in favour of Kpop making impact on the western markets in the future, also there love of Kpop, how we became affect by it and if we see a future in it or Korean culture in general 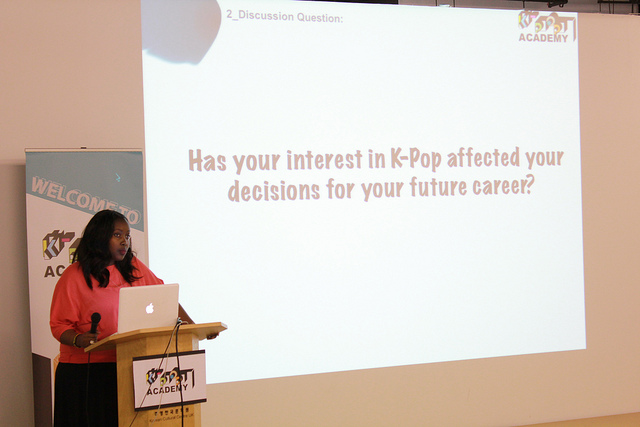 We were given then our weekly assignmet in which we were give a choice out of 3 questions to write about, i choose B) Review on article that has been publlished about Kpop. According to the article-what is the future of Kpop? What are your personal opinions about the article? 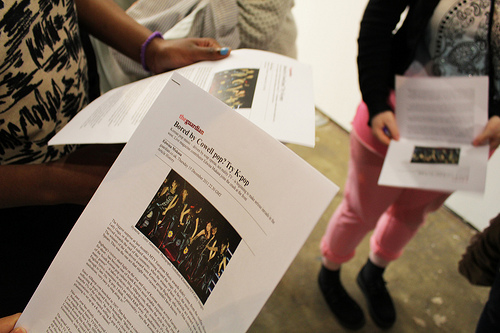 The Future of Kpop?

“Although some criticize the Korean music landscape because there is not enough variety in the music styles, nobody can deny that Kpop artists are doing an excellent work. The fact that the pop formula has dominated for the last 15 years proves that the procedure has been entirely successful. Apart from pop, R&B and hip-hop have also developed, with bands such as Drunken Tiger, Tasha, Dynamic Duo, Lee Hung Hyun and Kim Hyun Jung. Although it is claimed that the local rock scene has been deserted, bands such as Yoon Do-Hyun Band and Seo Taiji have gained national recognition and perhaps they will even gain international recognition in the future”.

After they have conquered Asia, the next logical step for the ambitious Kpop music singers is the US market. In order to do that, of course, they have to sing in English, as most Americans do not understand Korean. Some artists, such as the Korean reggae singer Skull, have already released a song in the US charts. It is just a matter of time until the “Korean invasion” of the US music market will begin. It cannot be a coincidence that celebrities such as Paris Hilton and Britney Spears have visited Korea now, when Korean music is only one-step away from international fame.”

It’s undeniable that Kpop has come a long way since it struggle for popularity many years ago. I have been a vivid Kpop fan for over 8 years and I definitely see a major transformation since then up until now. I think the new Kpop is a lot more squeaky clean bubble gum pop compared to the past where it was more raw, bands such as Shinwha DBSK Fly to the sky showcased there amazing vocal and ballad whereas nowadays it’s all about the whole package, appearance, vocals, dancing, charisma, and not so much in that order. The article talks about the growing popularity of Kpop and where it has stemmed from, why it has become popular and where they think it might head.
I have chosen interesting parts of the article the critical sides to Kpop ad also the next steps of its likely hood, in response I agree that Kpop is widely popular in Asian country and naturally its expansion should head to the western market, but if this is done so I believe it should be done the right way. The article explains if they want to move to the western markets such the US they need to be able to sing in English which I strongly disagree with, the reason it’s called Kpop is because its Korean popular music, singing in English would diminish the whole idea of Kpop not to mention artists that visit Korea like Britney spears don’t sing in Korean.  I’m skeptical about the direction of Kpop is heading as I’m not sure if the western market is ready or ever will be for it, as much as its easy catchy and upbeat and the artist  are easy on the eye; it’s not English, and the music is very poppy and can sometimes be considered as cheesy. I think if any Korean artists have potential in the western market then YG entertainment have, their music style is more on trend and there artist are the most popular in not only Korea but other countries and already liaise with US entertainment industry.