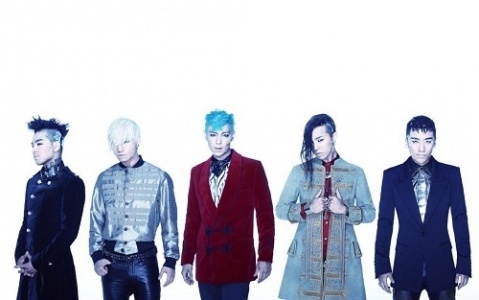 On today’s broadcast of KBS Entertainment Relay, Big Bang’s comeback and the controversies from last year were brought up again, but it was exaggerated to a major extent. KBS stated that when they called YGE for an interview regarding this situation recently, they refused to answer the calls because they had information “to hide”. They have been making excuses that YGE, G-Dragon, and Daesung have been telling lies throughout this whole controversy. They are saying that Big Bang’s comeback is still too early and have also taken a poll without anyone’s acknowledgement.

Here is an official article released on Nate just a few minutes ago. I would suggest reading the whole thing before you go on to read my other explanations.

“On KBS “Entertainment Relay”, the controversies of Big Bang’s sudden comeback and incidents from last year were brought up along with very suitable statements.

With the recent news of Big Bang’s new comeback, a lot of heated reviews have been made. Especially with the public appearance both Daesung and G-Dragon made asking for the public’s forgiveness.

The first major issue that was covered on this day’s episode was of the time Daesung (appeared on Healing Camp and) showed his gratefulness and sorriness, “At the funeral, the family of the deceased got very angry with me. However, the aunt and older brother of the victim came to me personally after some time had passed. They told me, ‘We cannot changed what has already happened and we do not want you leaving what you have behind. We want to see you working harder and smiling on television more often.’”

But regarding this situation, Entertainment Relay’s staff was able to personally meet the mother of the deceased and asked about it. The mother responded, “He (Daesung) never even came near here (the house). Even at the funeral, we couldn’t even see his face,” and that Daesung had shown up for one of the funeral days, but never even met up with the victim’s parents.

Accordingly, many viewers of tonight’s episode have been commenting, “So what if he didn’t see them? It wasn’t his fault and he didn’t want to purposely kill the man.” And in regards to the settlement money, the parents stated, “We have not gotten any.” With the parents living through hardship in a poor environment, it saddened the viewers as they were watching them throughout this interview.

On one hand, Daesung was acquitted for the accident and had released announcements of a new drama production only after four months. G-Dragon had also continued to film television advertisements even after his marijuana controversy.

Some arguments are being made that they are taking advantage of the suspension of indictment and acquittance that were given upon them. Currently, 63.6% of South Korea has taken a poll that Big Bang’s comeback is still too early.

Comment below and tell us what you think about this situation!

miss A Comeback on Music Core with Touch