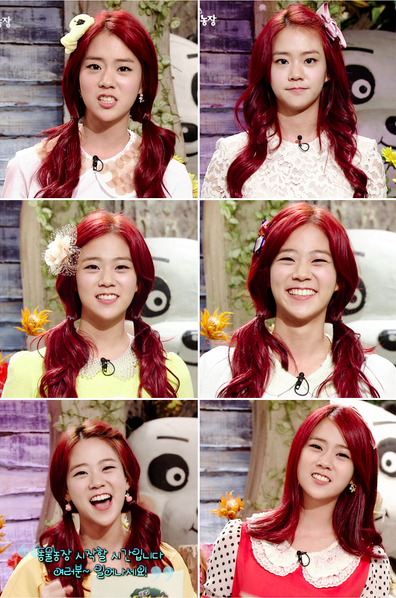 On July 7, KARA member Han Seunghyeon has been taken ill with anemia, She has been admitted into hospital and has had to cancel her schedule activities.

After experiencing the symptoms of anemia, Strong dizziness and headaches, she was admitted into a hospital in Seoul.

DSP Media said that Seungyeon had already been complaining about headaches during their schedules and as it got worse, she finally went into hospital.

KARA were suppose to be heading to Singapore on the 8th but have had to cancel until further notice.

Seungyeon released this statement: “I’m really sorry that I couldn’t keep my meetings with fans overseas. I wanted to keep to my schedule by going to the hospital to get quickly treated, but it didn’t work. I will rest and do my best to get better quickly.”

Fans have been posting get well soon messages via multiple social networking sites.

Super Junior's Kim Heechul has closed his Twitter-account due to recent experience with saesang-fans!