K-pop fans all over Europe are getting excited over the massive arrival of k-pop stars in Paris for KBS Music Bank due to take place tonight.

Many of k-pop’s biggest names arrived on February 7, including SNSD, 2PM, T-ara, B2ST, 4Minute, SHINee, U-Kiss, and SISTAR. European fans were ready at the airport to greet their kpop idols.

KBS Music Bank is due to take place on February 8 at Paris Bercy. In total there will be eight k-pop groups that are scheduled to be performing on the night.

KBS TV says, “This is our first time to hold a K-pop concert in a European country. We’ve just held a concert at Tokyo Dome in Japan. Music Bank has entered the world market as it has become the best TV music program that leads Hallyu.” 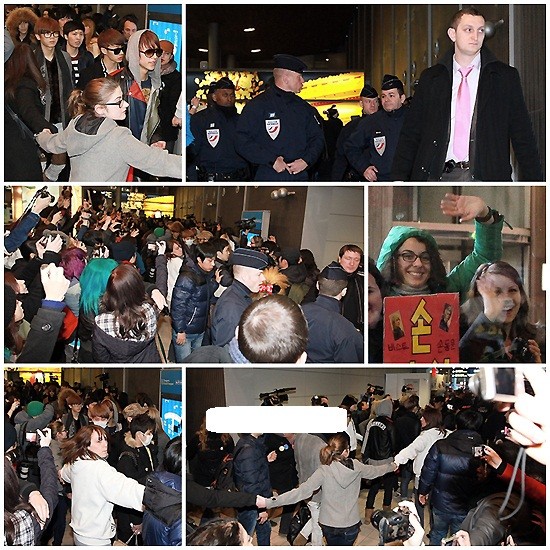