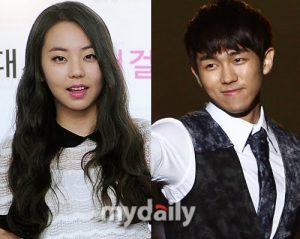 [ad#GA-468-tx-natmj]
News about 2AM’s Seulong and Wonder Girls’ Sohee dating, quickly spread when the Korean media reported it.
JYP Entertainment soon released a statement denying all rumors of a relationship between the two idols. “Rather than dating, Sohee and Seulong are just close friends,” JYP explained. “All JYP artists have close friendships.”

Big Hit Entertainment, a company who jointly manages the ballad group of 2AM along with JYP Entertainment, spoke of how they had no knowledge of Sohee and Seulong’s alleged relationship.“Seulong is in Japan for his 2AM schedules, and we are in the process of verifying the particulars,” they said. “We will get back [to the media] once everything is confirmed.”

An equal amount of reactions are going around between fans; some are saddened by the false news but others seem to be rather happy the dating has not taken place. How do you feel?
Source: Star News via Nate