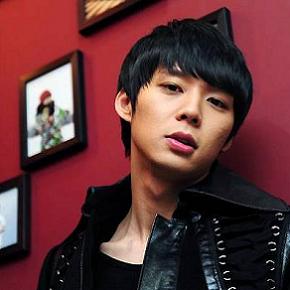 Yoo-chun, JYJ member, has opened up about his career and DBSK issues that have been the talking point for many years.

dkpopnews website reported on JYJ’s Yoo-chun opening up about DBSK, saying, “There are so many things to think about and also many things to sort out that it’s no longer a problem a single person’s big heart can solve. Whatever the future outcome, I believe it will be solved after some time.”

He was recently doing a November issue photoshoot for “High Cut” magazine.

During the same shoot he talked about previous projects like the KBS drama “Sungkyungkwan Scandal” and MBC drama “Miss Ripley.

Yoo-chun shared his frustrations with acting, saying, “The more I act, the more the flaws form, and they do not become fewer. That was really frustrating.”

The star also said, “In my head I’m thinking, ‘For this line, I’ll do it like this,’ but when I actually act it out, it turns out to be completely different from what I had planned. It’s difficult to act.”

JYJ’s three members, Jae-joong, Yoo-chun and Jun-su, sent a submission to the Seoul Central District Court to determine the validity of their contract with SM Entertainment in 2009.

JYJ stated that the contract that was in question was excessively long at 13-years, schedules were held out without the confirmation or permission of the members, contract terms have been extended and changed without their knowledge or consent and that the group’s earnings were not fairly distributed to the members.