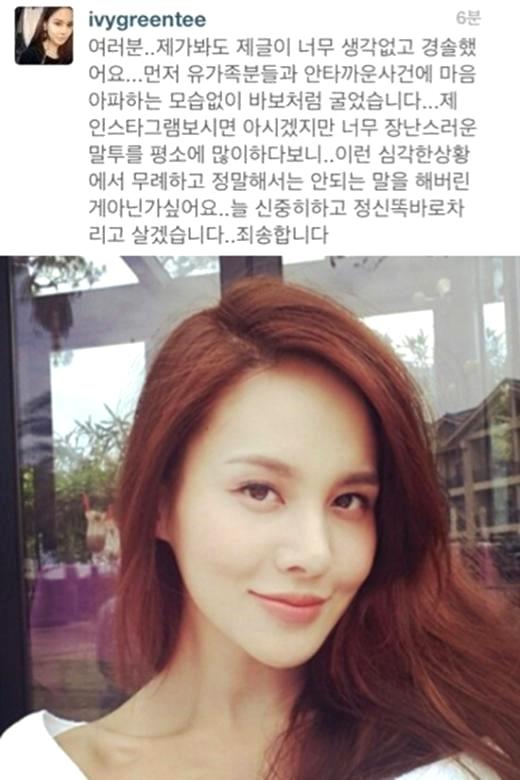 Singer Ivy issued a heartfelt apology over her post commenting on the Asiana airplane incident.

Ivy posted an apology through her official Instagram account, “Even to my own eyes my post was so thoughtless and careless First, I acted stupidly to those who are having a hard time because of those who passed away or were injured through the incident As you can tell through my Instagram, I talk in a teasing tone a lot so I did it again without much thought I will be more careful and awake from now on. I’m sorry.”

The comment that sparked the apology was, “Staff’s presents in celebration of the last day It’s beautiful. Inkigayo got cut by 12 minutes because of the Asiana airplane incident so the chances of me getting cut is 99% Wow.” The comment was made earlier in the day.

Fans seeing the comment started to post angry comments. When Ivy spotted the comments an apology was issued immediately.

Diplo drops a teaser for a possible new GD&TOP release!

Holika Holika - Find your appropriate BB cream for your skin