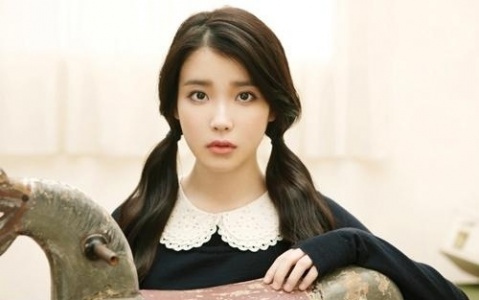 The teaser was of her title track, “You and I,” which featured a dramatic, fantasy-like setting. It was not really surprising that it was fairy tale-like  as her MV’s always had a magical feel about it.

Her tracklist itself has been garnering quite the attention. As expected, her title track is the work of composer Lee Min Soo and lyricist Kim Eana. They’ve worked with IU in the past and are known for creating chart topping hits like “Good Day.” So her fans think that “You and I” is expected to continue in the footsteps of success of “Good Day.”

Her album, “Last Fantasy,” is about the feelings of love a girl has while standing on the threshold between her teens and her 20′s. The album also contains the works of names like Yoon Sang, Kim Hyung Suk, Jung Jae Hyung, Lee Juk, Yoon Jong Shin, and others.

Loen Entertainment officials commented, “With a fantastical setting and an emotional feel, fans will be able to see a more mature IU. Please look forward to her comeback.”
Check out the MV teaser below…Enjoy!

Check out the real MV!

SNSD, 2NE1, and miss A compete head to head in Singapore