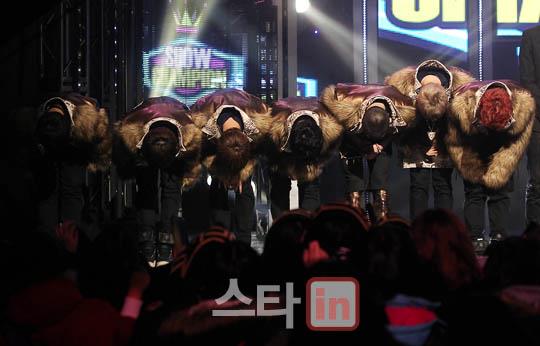 [ad#GA-468-img-sumi] With the recent controversy concerning Block B , an interview was conducted recently with a Block B representative at MnetCountdown.

Nowadays, any K-pop fan knows Block B, the 7-member hip-hop group. They’ve been receiving attacks from the media and the public day in and out due to the controversial disrespectful interview held in Thailand on January 30th.

— Did you know about this issue before it became a controversy and ignored it?
▲ Absolutely not. I did not go personally when they visited Thailand so I really did not know; therefore I was completely shocked when the fans pointed it out later on. Our plan was to reveal a written public apology on the 20th, but the controversy grew beforehand on the 19th. The criticism and attacks spread uncontrollably and we were about to lose our minds. Everything became more difficult because we lost our timing by one step.

— Do you think that this situation is unfair?
▲ No. We’re 100% being rightfully criticized. I clearly have blame also. The apology letters that the members wrote were personally handwritten by them, then typed and posted online. The severe punishment they received (due to the controversy) has brought the Block B members back to their senses. However, it was honestly heartbreaking when we heard “Export contracts were cancelled due to negative emotions against Block B” and such from news sources that took some rash netizens’ claims and then published them as sensational reports.

— Some netizens claim that you want revenge on NichKhun who brought this issue to attention.
▲ What kind of revenge would a small agency like us even do against JYP Entertainment? Also, would NichKhun be brought down just because we want it? On the contrary, we are very thankful to him. He was right in pointing us out to our faults, but later on he even covered for us by saying, “I hope they learn from their mistakes,” and urging the fans to control themselves. The problem would have gotten bigger if it wasn’t for NichKhun. We are thankful for his great understanding.

— How are the Block B members?
▲ They are in panic. Just because they are standing on stage doesn’t mean they are sound of mind. We’re very worried that they might be thinking something drastic. The feeling of excitement was large but their thoughts were short. Even so they didn’t say those things out of malice. They’re not stupid. On one side, it is a relief that they were properly punished before the problem became bigger. They’re greatly remorseful, enough to die.

— Are there plans to directly apologize to Thai citizens?
▲ I’ll say it again, but we lost our timing after receiving attacks from all sides. Anything that we say will sound like an excuse right now. We also can’t immediately move as we like to and go to Thailand to apologize. There is an order to these things. We are discussing which route to take. Next week there we will be moving publically. Of course we have plans to go to Thailand as well.

— Do you have any requests?
▲ We can’t get any lower than this. Please do not corner us into a dire situation. We were wrong. We, including myself and Block B, are deeply repenting. We will take this opportunity and become more mature. Please give us the chance to correct our wrongdoings. Punishing us further would be hitting the nail on the coffin. It’s all my fault. Even though you attack us please at least acknowledge our sincerity. Block B are much more soft-hearted children than you think. Please embrace them, even just a little bit.

Earlier on the 20th, Block B’s agency BrandNewStardom said through a press release, “The members are in deep self-reflection due to this incident,” and published apology letters written by the members themselves on the fancafe.