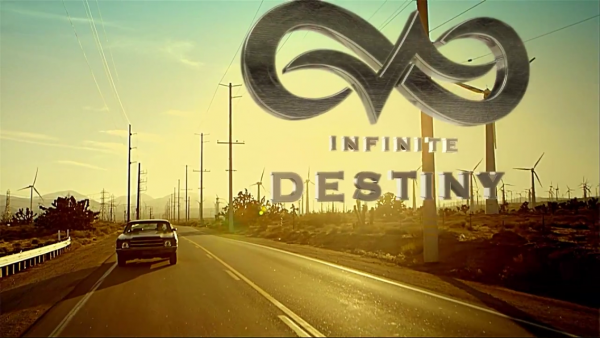 In order to film the amazing “Destiny” music video, Infinite spent ten days in the U.S. and worked with Hollywood’s best to produce the high quality video.  They were there for work, however, that doesn’t mean they didn’t have time to explore!

Infinite spent majority of their stay in Los Angeles.  When they are not meeting with Hollywood cinematographers, practicing the choreography, or filming the video at Universal Studios‘ Back Lot, the boys exchanged their idol lives for that of regular tourists and explored the city.  A couple of the tourists attractions they visited were Hollywood and Highland and Melrose Avenue.  Hollywood and Highland is the hub-nub, tourist attraction located in the heart of Hollywood.  Known for the Hollywood Walk of Fame, Chinese Mann Theatre, and Madame Tussauds’ Wax Museum.  Melrose Avenue is a famous shopping strip that is a popular destination for tourists and Hollywood celebrities alike.

After exploring Tinseltown, Infinite ventured to Las Vegas where they had a photo shoot by the Las Vegas sign and outside the Venetian Hotel and Casino.  Afterwards, the boys returned to Los Angeles to wrap up the filming and returned back to Korea.