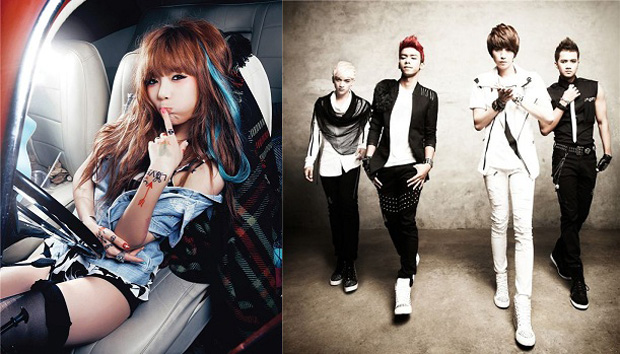 4Minute’s Hyuna who is currently promoting her new single “Ice Cream” will be featured on S4‘s (Indonesian Rookies) debut album.

She will be rapping on, “She is my Girl” which has a strong beat and it is also their title song. This song was  produced by Kim Do Hoon who is a hit song maker. He was the hitmaker behind songs like CNBLUE’s ‘Loner‘ and 2AM‘s ‘Like You‘.

The contestants arrived in Korea on March 16th 2012 and begin their activities with a press conference. Everything leading up to their debut in Indonesia will be broadcast through ‘Galaxy Superstar’.