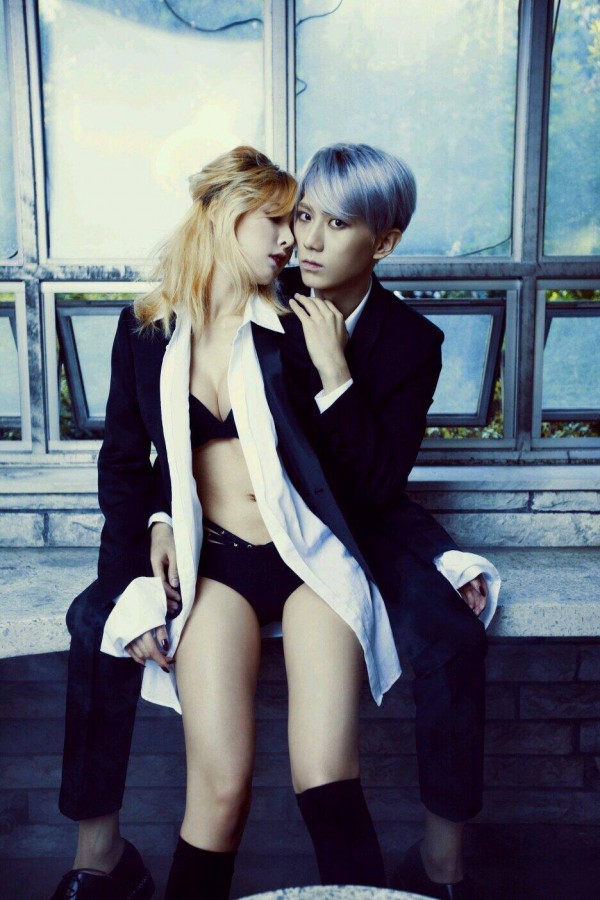 4Minute‘s Hyuna and B2ST’s Hyunseung are back and ready to make their return as ‘Trouble Maker’ with another jaw-dropping comeback!

Just recently, Cube Entertainment released a Trouble Maker teaser video featuring clips of the sub-unit’s debut music video, “Trouble Maker” followed by a concept photo for its comeback.  In the photo, Hyuna is seen sitting in between Hyunseung’s legs while sporting an unbuttoned shirt.  With the release of the teaser, netizens have already expressed mixed feelings with the “overly sexy” concept photo.

The duo will make their sub-unit comeback on October 28th with their title track, “There Is No Tomorrow“.

Do you think it’s too sexy for K-Pop? Check out the full teaser video below!