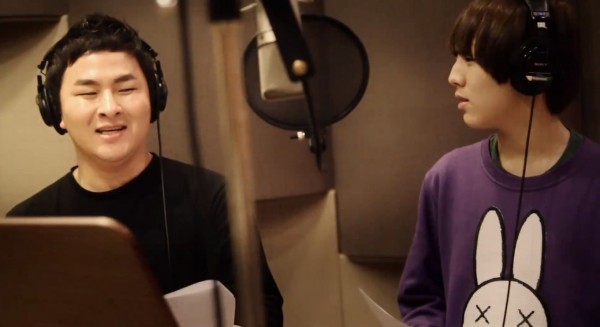 Not long ago, a teaser was released on A-Cube Entertainment’s YouTube channel, for a new music video from Huh Gak. The track, ‘Mono Drama’, features Huh Gak’s amazing vocals, and also the mellow voice and guitar playing of Superstar K-4’s Yoo Seungwoo. Watch the music video below:

The music video is more in the style of a behind-the-scenes footage video, as Huh Gak and Seungwoo are filmed recording the track, with short interview clips at a few intervals. Throughout the video, a close senior-junior relationship between both artists are displayed, as Huh Gak makes sure Seungwoo has eaten when they meet.

The track is soothing and mellow, with Seungwoo’s great acoustic guitar accompanying the voices of both singers.

2PM will go on a tour of Asia in March