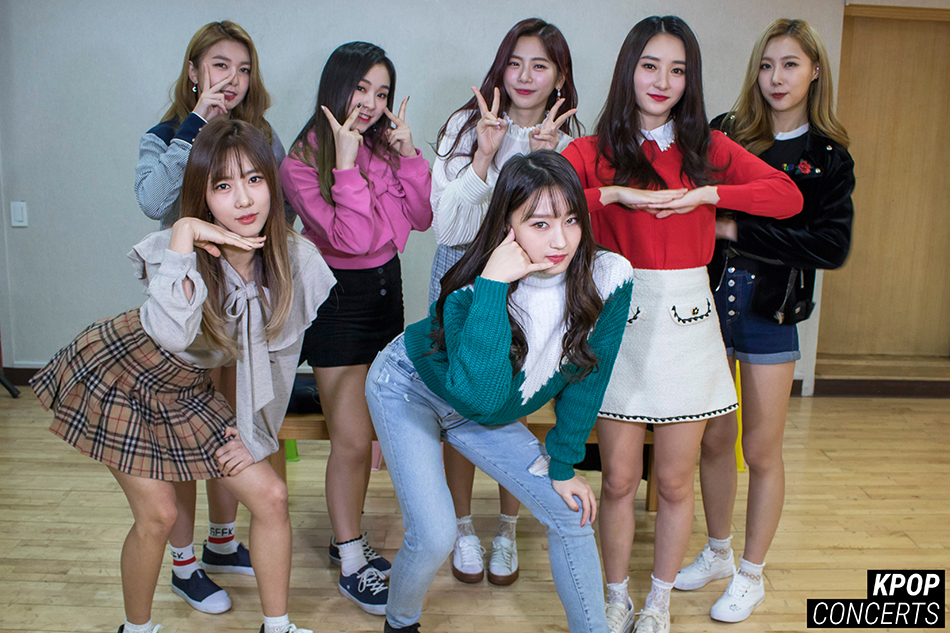 Kpopconcerts.com had the pleasure of sitting down with the wonderfully talented and sweet young women from Dreamcatcher for an interview.  Although just a year on the K-pop scene, Dreamcatcher is blazing new trails within Korea and beyond and we got to hear all about it first hand. Not only did they chat with us about their style, how they spend their free time, and their plans for 2018, but they answered your questions and even took on a special challenge: learning new foreign languages!

Just before our interview, the girls dropped their single “Full Moon” and the promotional video and held a fan meeting at the Mary Hall Grand Theatre at Sogang University, keeping busy as they prepare for their European tour and March comeback. The Top 100 K-pop charts on iTunes showed the single charting in several countries soon after its release. Four hundred lucky fans heard the first performance of “Full Moon” live at the fan meet.  Soon fans all over Europe will be able to catch the energetic septet live from February 14 through February 25.

February 21 in Amsterdam, The Netherlands @ Melkweg 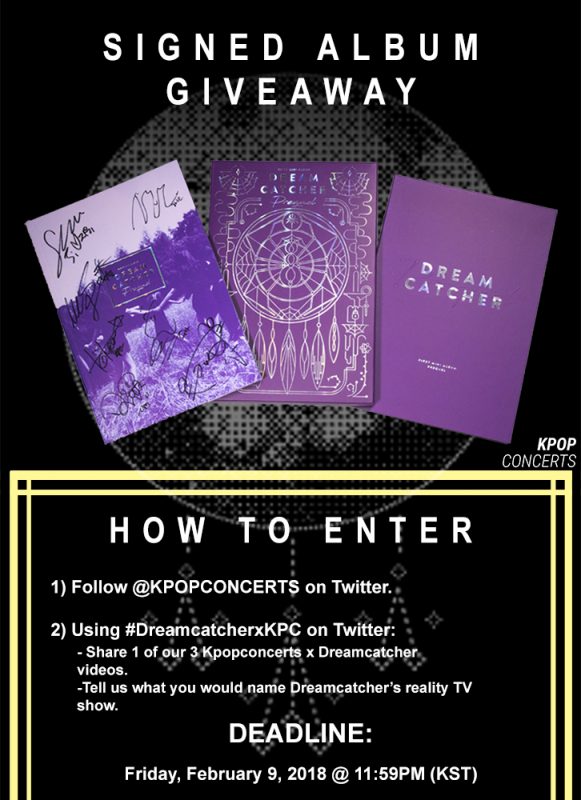 All entries are due by Friday, February 9, 2018 @ 11:59PM (KST). The winner will be randomly selected, announced on Twitter, and have 24 hours to direct message Kpopconcerts’ Twitter to claim his or her prize.

Now we are happy to present parts 1, 2 and 3 of the 3-part Dreamcatcher special.

The Rose Paves Its Way Into K-pop Months After Debut