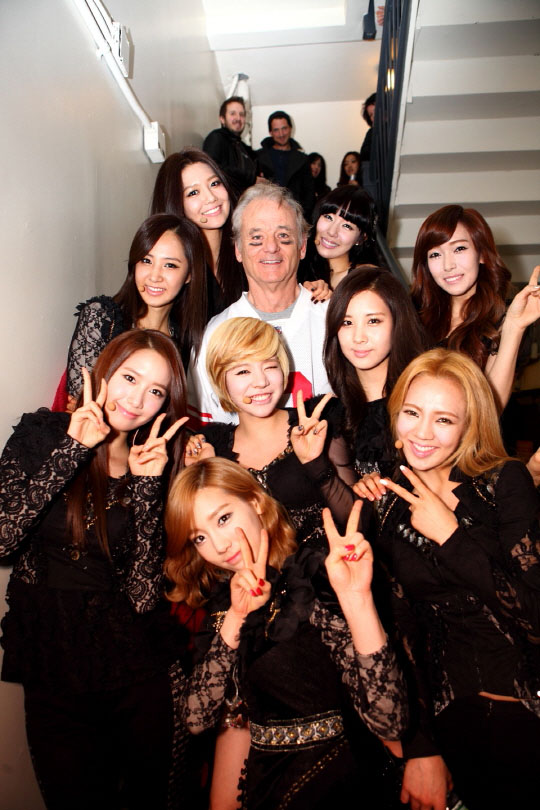 Girls’ Generation made their American TV debut last night on the “Late Night Show with David Letterman” and performed their title song “The Boys”.

David Letterman introduced Girls Generation, “Our next guests are a very popular group from South Korea who have just released their first album in America. It’s entitled ‘The Boys.’ Please welcome, making their network television debut, Girls’ Generation.”
[ad#GA-468-text] After the girls finished their live performance Letterman attempted to thank the girls in Korean.

SNSD were quoted saying, “When we heard that we would be appearing on television, our hearts pounded until we finally completed the performance. We had a fun and enjoyable time appearing on the ‘Late Show with David Letterman.'”

Girls’ Generation also revealed a backstage picture with Bill Murray as a momento of their trip.

The girls are set to make another US TV appearance on “Live With Kelly!”, co-hosted by Daniel Radcliff. Kelly Ripa commented that there has been a lot of talk from Soshi fans globally about the groups appearance on the show.
[ad#GA 468 imgs]