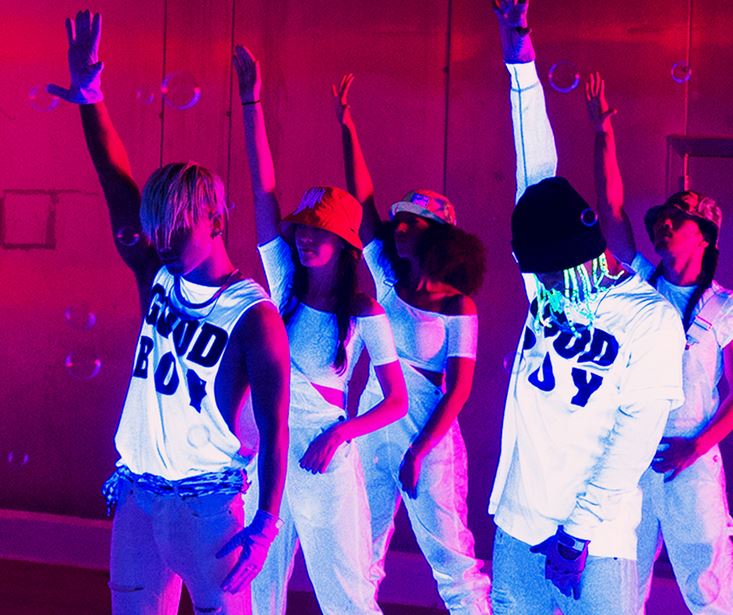 The new music video from the pair has been highly anticipated and was unveiled through YG Entertainment’s official YouTube channel.

The release has been expected for a while now with a countdown to the release taking place on the boys Twitter feed:

“Hello everyone it’s been awhile! I am currently on my way to my hotel in Osaka after finishing a dome tour concert. There’s 50 minutes left. Just saying.”

“What am I talking about? Taeyang and I will release a single. The music video will be released on midnight and if you’re bored, you should wait. 40 minutes left. Just saying.”

“The title is ‘Good Boy’ and you should just listen to it comfortably since it’s a happy song. You should listen to it if you’re curious. Since it’s released at midnight, there’s 30 minutes left. Just saying.”

US songwriter Freedo helped to compose the track with G-Dragon and Taeyang. The Fliptones also had input into the track having previously worked with Jessica Mauboy, Jason Derulo,Ice Cube, Britney Spears, and Flo Rida.

Check out the music video below: