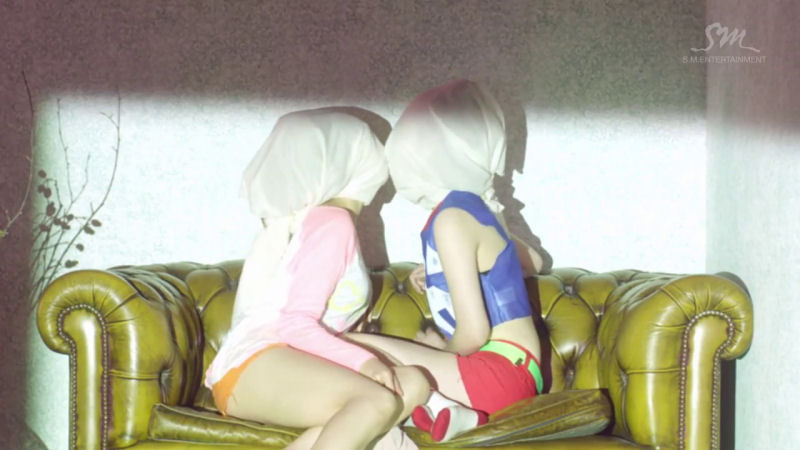 After a year since their last comeback with ‘Electric Shock’, f(x) is set to return to the music scene with their 2nd full studio album, titled ‘Pink Tape’! In preparation of the comeback, an art tape for the return has been released; watch it below:

The clip opens with narration from Krystal, talking about love and how it exists without eternity and with things like delusion that it lasts forever. It then moves on the reveal the members in a very surreal manner, projecting kaleidoscope images and using stop motion as points of the clip. Also adding to the surreality of the clip is that one of the scenes is very similar to a painting called ‘The Lovers’ by a surrealist artist called René Magritte (see below). A very retro feel is also given off, given the pixelated quality of the film, and also through simply the styling of the girls, with the presence of bright neon colours, floral print and the girls’ hairstyles.

The track which accompanies the film is somewhat whimsical, adding to the film’s surreal feel.

Following is the painting ‘The Lovers’ by René Magritte as previously mentioned. 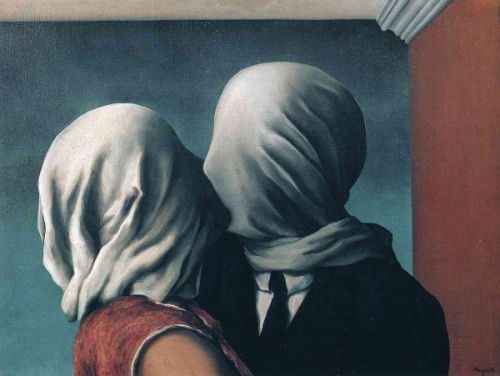 What kind of concept do you think f(x) are going to be returning with?

Will KARA Extend Their Contract With DSP Media