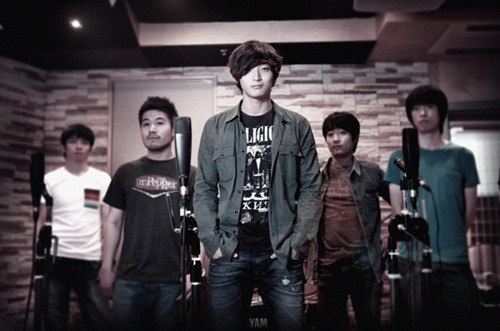 Following the release of 2AM’s Jung Jin Woon second solo single on 17th November, he is expected to hold his first solo concert on the 25th November in Seoul.

2AM’s Jung was aided by singer Yoon Do Hyun to become a solo singer. Yoon wrote the new song for Jung and the lyrics of the song was created by YB’s bassist Park Tae Hee.

Big Hit Entertainment, Jung’s agency, on the 15th of November said, “Jung always has been respecting Yoon, so he asked Yoon to make a song for him. Jung will show a different side of him as a rocker.”

Jung showed his rocker capability when he attended the ’2011 Jisan Valley Rock Festival’, which was held in July in Icheon, Gyeonggi Province.

Yoon, provided exact directing to the producers in the recording studio by visiting them directly to explain each song in detail, giving direction to Jung on the singing method and melody. There was a significant fondness by Yoon displayed to Jung who is attempting at rock.

Currently, 2AM is promoting in Japan for their debut next year.

"How We Feel" MV teaser released by Clazzi