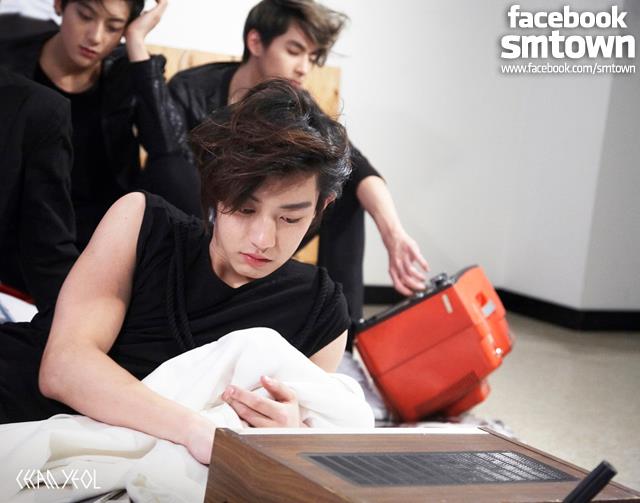 Chan Yeol’s teasers sees him take the role of an explorer in search of a secret stone. He did stumbles across the stone after consulting a strange guide book in Korean and English.

SM Entertainment’s EXO-K and EXO-M are set to make simultaneous debuts in South Korea and China, both releasing the same title track. A prologue single “What Is Love” is already available on iTunes.

Will there be more teasers?