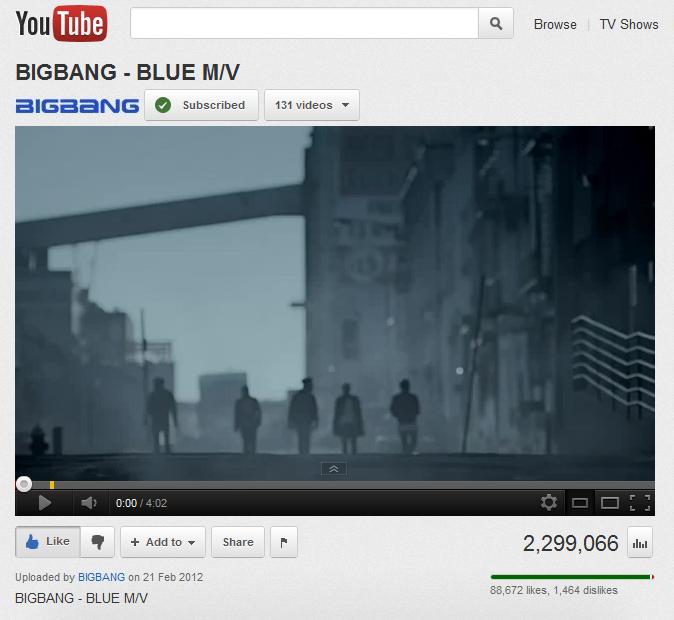 Much anticipated MV of Big Bang, titled “Blue” was released via Big Bang youtube channel yesterday afternoon. Fans were overjoyed with the return of the Big Bang members and the MV as well as the song has been the the talk of the town among many K-pop followers! Many netizens commented the MV being “Daebak” and “Jang”, meaning “the best” as well as expressing how happy they are see the boys back on their feet! After going through a number of setbacks and scandals last year, the boys sure have done their fans proud!

YG entertainment is known for spending big bucks for their artists and this comeback video was also no exception. The whole video was beautifully directed and edited in high definition. In addition, both the contrast and the tone of the MV is in harmony with the meaning of the song. The song is about a cold and damaged heart due to a break-up and its lyrics were written poetically.

Within a day of the release, the boys has already hit over 2million views and the numbers show no sign of stopping!!! If you haven’t seen the MV yet, check out the video below:
[ad#GA-468-tx-May] http://www.youtube.com/watch?v=2GRP1rkE4O0
[ad#GA-468-tx-May]

Rain Gets to Visit Home for 7 Days