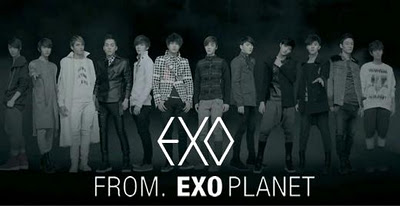 All fans of EXO should know that the group are split into two sub-groups, EXO-K and EXO-M, to promote in both China and Korea, separately and simultaneously. This means that the group rarely have opportunities to come together for activities. However, all twelve members recently made an appearance on Chinese variety programme ‘Happy Camp’, bringing much joy to Chinese fans. Watch the subbed cut with EXO below:

All twelve members are able to introduce themselves in Chinese, gaining praise from the presenters.

EXO also participate in the show’s famous game, ‘Ignition Shock’, going up against the show’s five MCs. Chen, Kai, Luhan, Sehun, despite not being able to complete the game, manage to defeat the ‘Happy Family’, with EXO-M’s leader Kris completing what was left of the game single-handedly in a cool fashion.

The EXO members are also willing to substitute themselves for the punishment prepared for the ‘Happy Family’, but the MC insists against it as EXO-M’s Tao volunteers to substitute for the show’s own Tao. The reason for insisting against it is revealed as MC Tao receives the falling water punishment, albeit very little water, and the main MC reveals that he saw which seat held the punishment, gaining much laughter from the audience.

During their introductions, Kris reveals that their uniting on ‘Happy Camp’ is their first in China since the 1st of April, before beginning a special performance of ‘Two Moons’ with Kris, Chanyeol, Lay and Kai.