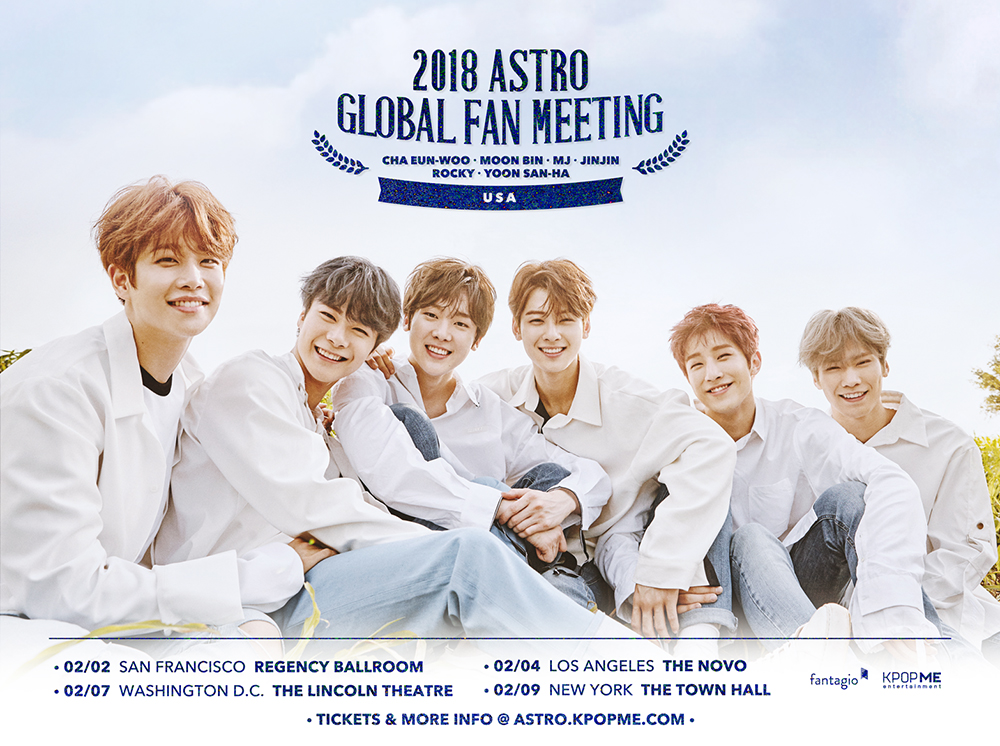 It’s a new year, and that means you better be ready for a new slew of concerts coming stateside from Korea! Starting off 2018 are the boys of ASTRO. Alumni acts of KCON 2016 and 2017, the boys certainly are no strangers to the U.S., but they are finally here for their first stateside fanmeet “2018 ASTRO GLOBAL FAN MEETING- USA.”

Having debuted only in February 2016, the six-membered boy group consisting of famed visual member Cha Eunwoo, lead vocalist Moonbin, leader JinJin, main vocalist MJ, rapper Rocky, and maknae Sanha has enjoyed much popularity through their pre-debut web drama To Be Continued. And it’s not hard to see why. Whether it be through visuals, vocals, rap, or acting, the boys have continued to charm Korean fans and international fans through their beagle-like charms and friendly personalities. With six EPs under their belt, ASTRO is back to meet their fans through their recent comeback album Dream Part 2 with title track “Crazy Sexy Cool.”

Now AROHAs and K-Pop music fans have the chance to meet up close ASTRO this February in over four different U.S. cities.

[TOUR] Dreamcatcher, The Rose, and HALO Head to Europe in Early 2018