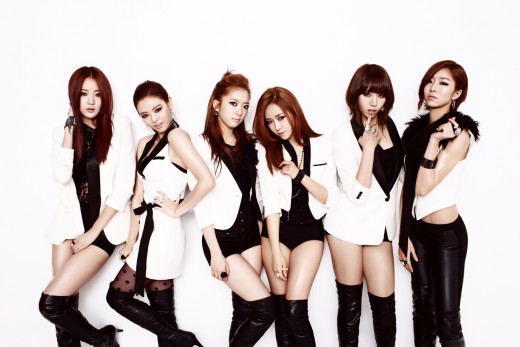 Dal Shabet performed on SBS‘s “Inkigayo” on January 29 and after they held a surprise fan meeting. The girls ended the meeting successfully however a fight broke out between a few fans.

Dal Shabet’s agency stated on February 24th, “We heard that violence erupted between the fans… Because it was something that happened after the event, we are at a loss [about what to do].”

They continued, “We think that it is only right that we take responsibility even for something that has happened between the fans… We will be paying for the medical bills of the victim.”

Here is a breakdown of what happened.

The initial spark happened as Fan ‘A’ met a group of other Dal Shabet fans while following the girls car after the fan meet. The fans that had met with ‘A’ all had varying opinions on a variety of issues, which then led to an argument between them.

Another fan was then grabbed by ‘A’ causing her to panic and call an oppa she knew ‘B’ along for five other people. Violence soon followed along with threats. ‘A’ managed to escape but only after sustaining injuries requiring a two week recovery period.

After requesting a police investigation into the incident, ‘A’ then proceeded to blog about what had happened fearing that the perpetrators would get off lightly.