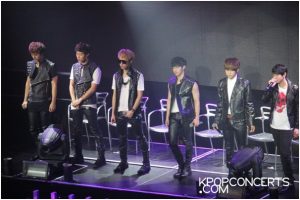 On January 5th , news has now been released that Cube entertainment have officially won their lawsuit against MOGEF (Ministry of Gender Equality and Family).

Back in July 2011 , MOGEF proclaimed the lyrics for ‘On Rainy days’ should be banned. They declared the phrases ‘I think I’m drunk, I think I should stop drinking’ as means of promoting teenagers to drink and deemed it inappropraite and harmful media.

Cube Entertainment however stated , “The lyrics of ‘On Rainy Days’ do not make direct references or specifically detail the method of drinking… It’s hard to argue that the portion stating, ‘I should stop drinking’, is encouraging drinking.” The court agreed with their argument, and ruled in their favor.

Last September , MOGEF ban on another similar Lawsuit against cube entertainment, in regards of another song by Beast was retracted from the same court. With this new ruling in favour, MOGEF must retract their ban and their references of ‘harmful media’ on Beast’s album.

Cube Entertainment also stated, “We hope that the cancellation of the decision labeling B2ST’s 1st album as ‘harmful media to youth’ will become a precedent to ensure the objectivity of music standards in the future.”

Please anticipate all future activities which inclue Beast’s world tour ‘Beautiful show’ which is set to arrive in the United Kingdom and all over parts of the world very soon!