Following the release of their ‘What Am I To You’ video teaser released on Aug 5, the BTS members are back with the concept photos for their new album Dark & Wild.

Earlier today (Aug 8), the first round of concept photos was released on the group’s official Facebook page, even as the seven members are seen posing in dark-coloured leather outfits. 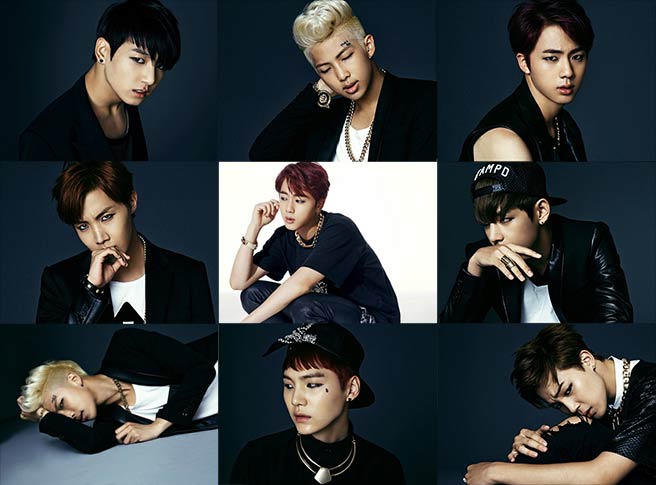 Dark & Wild will mark the group’s first official album, and is currently scheduled for release on Aug 20.

In other news, BTS has also been announced to be launching their first solo concert on Oct 18 and 19, in AX Korea, Kwangjang-dong. Though the details of the concert have yet to be confirmed, the two-day concert is expected to be a highly-anticipated event for fans worldwide.

In the meantime, check out the video trailer for Dark & Wild below:

2PM to return with full-length album in September