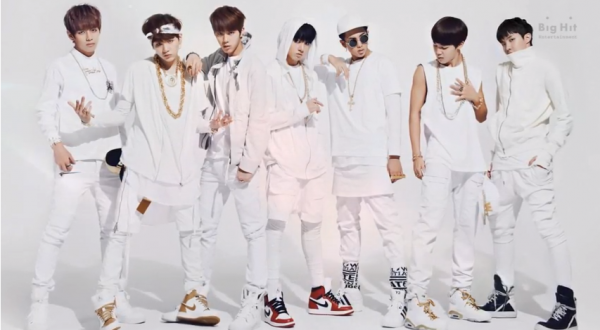 BTS‘ preview for their upcoming mini-album, O! RUL8,2?, has been released!

The video leaked snippits of eight of the ten tracks on the album (the remaining two consist of a skit and cypher.) Unlike their predominant hip-hop concept in their 2 KOOL 4 SKOOL album, O! RUL8,2? consists of a wide-range of genres.

The boys maintained their revamped 90’s hip-hop style with “If I Ruled the World” and also showcased their notorious smooth rapping and singing in “We On“.   Much to fans’ shock, BTS’ ballad track “Coffee” is their own take on K-indie group Urban Zakapa‘s “Cafe Latte“!  From their sweet vocals to their jaw-dropping rapping, the Bangtan Boys showcased their diversity and ability to tackle any genre and make it their own.

BTS will be making their comeback on Sept. 11.  Stay tuned and check out the album preview below!

Jay Park is back with "Trill"