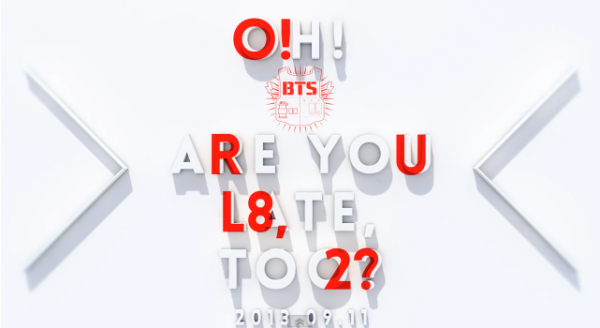 It has only been a month since rookie group BTS (also known as Bangtan Boys) promoted their second single,”We Are Bulletproof Pt.2“.  Now, the boys are ready to take the stage with their upcoming track, “O, RUL8, 2?”

Big Hit Entertainment recently uploaded BTS’ epic comeback trailer which featured a motivational English monologue done by BTS’ leader Rap Monster. Although he was not born nor raised outside Korea, his English has received countless amounts of praise from international fans for his fluency.

Along with the release of the trailer, BTS’ official website was also updated with a mysterious timer that is set to go off at 12AM (PST) on August 30th.  What else could these boys have up their sleeves?  Only time will tell!