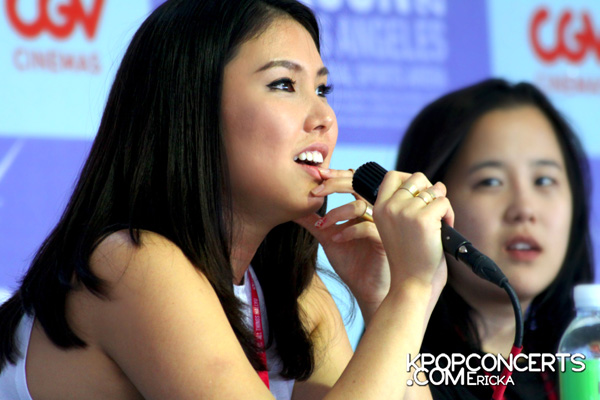 Former After School member Bekah shared her experiences and hardships as a K-Pop idol at her “Day in the Life of a K-Pop Artist” panel at KCON.  Bekah was all smiles when she entered the Panel 1 tent to share her stories and answer all the burning questions fans wanted to know about the idol life.

Bekah was scouted while playing volleyball in her home state of Hawaii.  Originally, she believed all she needed to do was dance (which she loves), but shortly after moving to Korea to become a trainee she discovered she had to sing and rap as well.  Not that she was complaining, she loves doing that too!  Her American influences include artists such as Whitney Houston, Celine Dion, Rihanna, and Beyonce.

The former idol shocked everyone when she revealed she had no friends during her first two years as a trainee due to her diligent work ethics.  She went on to emphasize the hard work artists put into their performance, often functioning with little to no sleep.

“I remember the least sleep I got was literally 30 minutes.”
-Bekah

But what made all those long hours of practice worth it for idols?  “You guys!” Bekah gestured to an ecstatic audience. 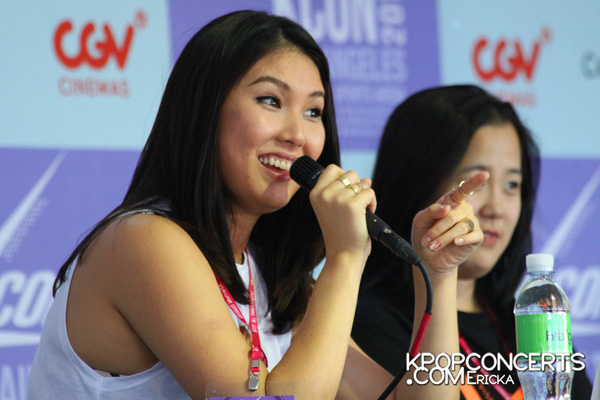 When asked about her future plans, Bekah made a shocking announcement,

“I don’t know if you guys know, but I will be back. Not in K-Pop, but in America.  I’m gonna give you a comeback guys!” -Bekah

Bekah “graduated” from After School two years ago and returned to Hawaii  in order to pursue her interest in design.  However, her heart has always been on stage.  She couldn’t spare any details, but she will be working with hip-hop producers for her upcoming music, stay tuned!

Check out the announcement in the fancam below! (cr. chinxchan)

Want to see more photos from the panel? Click here.