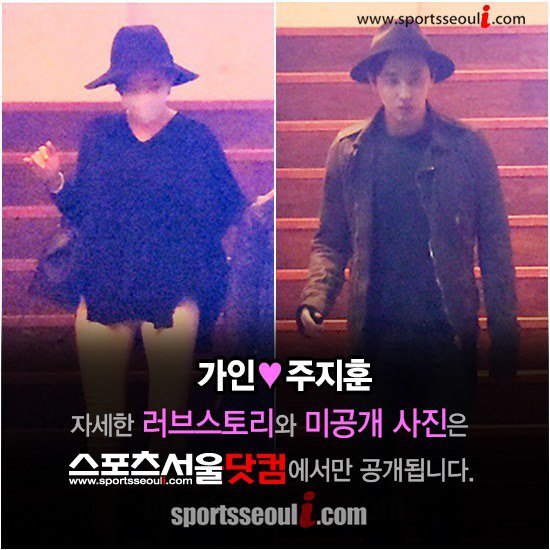 The news surface following Sports Seoul released photos photos of the two on a date.  It was later confirmed by both parties’ companies, A Pop Entertainment and Key East Entertainment, that the two have been dating for about a month.

Joo Ji Hoon starred as the male lead in Gain’s provocative music video “Fxxk U”.  The intimate scenes in the video caused a stir with the fans.  The two did not start dating until after it was filmed. Ji Hoon and Gain have known each other for years and have been very close friends up until this point.

BEAST expected to return with new album in June